Miggy Angels book, Grime Kerbsone Psalms, is now on sale from our website, www.celandor.co.uk. We do intend to have an ‘official’ launch as soon as possible because it certainly deserves one.

So how did this book come about, I hear you ask? I’ll tell ya then….

I first met Miggy at a World Book Night event at the Atlas Deli in Nottingham back in 2011. I’d gone with Glen Jarvis (who helped set up The Climbing Mountains Literature Project with me). We’d been invited in our capacity as members of Climbing Mountains and asked if we would donate some copies of our recently published book of the same name, which we did.

So we both went along and the truth is that neither of us really wanted to be there…. we were both tired, the venue was packed out and very hot and we ended up at the back of the room squashed up against a noisy drinks cabinet. And it was a night of poetry – which in my experience is either really great or pretty poor. Unfortunately it is usually the latter. Given all of this we decided to leave at the earliest possible polite moment.

But as it turned out we stayed until the end. Why? Because it was a brilliant evening. Simple as that. Brilliant.

Now the stars of the evening were without doubt local poets Mulletproof Poet and Miggy Angel,  two men who deserve a national stage: but everyone who performed was breathtakingly good. There was an outpouring of pure soul in the room that night.

And most of the other performers turned out to be people in addiction recovery being mentored by Miggy Angel in a creative writing group he ran. What an extraordinary achievement both by them (for most, their first public appearance) and by Miggy, in encouraging and then supporting people to reach such a level of artistry. 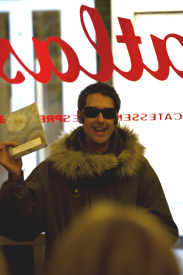 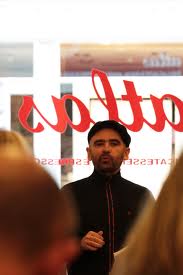 It became obvious to both me and Glen that we were watching something very special that night and we approached Miggy at the end of the gig and asked if he would like us to publish him. Luckily for us he said ‘yes’ and the result is the powerful, contemporary and hard-hitting book of prose and verse that we offer to you for your delight. So now you know the full story. Buy Miggy’s book, sit back and enjoy the ride. You will, you know.

This entry was posted in Uncategorized. Bookmark the permalink.